Ypres Remembered and Chapters from the Western Front

On our battlefield tours Ypres Remembered and Chapters from the Western Front, we visit the site of the first gas attack. As the battlefields of World War One developed into the trench warfare which so often symbolises the war today, new methods of warfare were developed. The 2nd Battle of Ypres saw the use of poison gas on 22 April 2015. French Moroccan and Algerian troops holding the line at Gravenstafel were the first victims of this weapon on the Western Front. 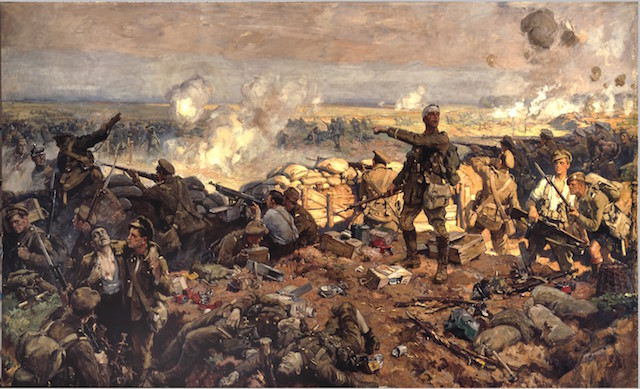 At around 5pm, they saw the greenish-yellow cloud of chlorine gas drifting towards their front line.  The effect was devastating; it left many dead and caused others to flee in panic, some collapsing from asphyxiation.  Eye witness accounts describe men laying in the Menin Road gasping for breath.  Other eye witness accounts describe the lines of men with bandaged eyes being led to the First Aid Posts by sighted men who were wounded.

With a four mile gap in the line leaving the flanks exposed, the situation was desperate.  The Canadian 1st Division rushed to fill the breach in the Allied line and fought desperately from the 22-25 April to defend this exposed position.  The Germans had not realised how effective the gas would be and initially did not fully exploit the situation.  However, on 24 April, they launched another gas attack in an attempt to break the line held by the Canadians.  Without gas masks, the sole protection the soldiers had was handkerchiefs soaked in water. 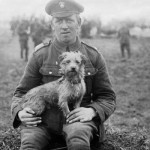 Some soldiers soaked their handkerchiefs in urine in the belief that it would be more effective. Along with the gas, they suffered a ferocious bombardment by artillery, yet they courageously held the line until reinforcements arrived so preventing the Germans from pouring through towards Ypres.  In these 48 hours, they suffered just over 6000 casualties of whom more than 2,000 died.  Even the Regimental mascots were affected including Sammy, the mascot of the Northumberland Fusiliers.  The Canadian Memorial, known as The Brooding Soldier, at St Julien commemorates their courageous fighting and we visit this on our tour Ypres Remember during the 2015 centenary season.