Our Battlefield Tours visit many of the places where poets and authors served in World War One.   Robert Cedric Sherriff (who became a well-known author and playwright) joined the 9th Battalion East Surreys and was at the front with them at Loos in October 1916.  He saw action very quickly and for some time the battalion moved from billets behind the lines near Cabaret Rouge to the trenches at Hulluch, part of the Loos battlefields, on a regular basis.  We visit this battlefield area on many tours including The Forgotten Front.

We visit the battlefields of the Ypres Salient on many tours including Ypres Remembered.  In 1917 the battalion moved to the 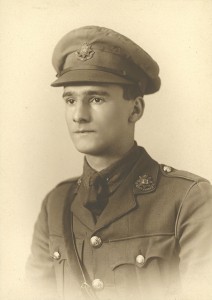 Ypres Salient and early in the year was in based in the front lines at Hooge, one of the most feared places within the Ypres Salient.  During these months, whilst in the front line trenches, the battalion faced constant shelling, trench raids and sniper fire which resulted in many casualties.

We walk across the battlefield of Pilckem Ridge on our battlefield tour Walking the Ypres Battlefields. The Third Battle of Ypres or The Battle of Passchendaele as it is commonly known, began with The Battle of Pilckem Ridge on 31 July and was initially successful.  There had been meticulous planning which led to much ground being taken.  However, at the end of the first day the weather turned and it began to rain.  The drainage system in the Salient had been destroyed by the heavy shelling and the ground soon became a quagmire.  As the battle continued, progress became slow.  On 2 August, the 9th East Surreys moved up to the front line trenches for an attack at Pilckem on 3 August.  The war diary describes how the men moved to the front lines ‘waist deep in water’.  The diary continues:

‘Consequently all movement had to take place overland, and the dark night and obstacles in the way made progress slow.  In addition – on arrival at the support line and, further, on the way to the front line, C Coy got caught in a heavy rain of shelling from the enemy, suffering something like 20 casualties in killed and wounded.  However the men were not to be discouraged, and they went on cheerfully.’

Sherriff was one of these casualties.  As they passed a pill box, it was hit by a shell and the concrete was blasted upon those 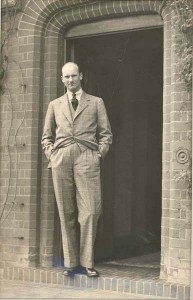 passing.  Sherriff himself was thrown to the ground and thought part of his head may have been blown away.  He made his way to a first aid post where he was treated and was eventually returned to Britain for further treatment.  He describes how the doctors took over 50 small pieces of concrete from his head.  He never returned to the front but stayed in Britain and was promoted to Captain.

In 1929, Sherriff’s play ‘Journey’s End’ came to the West End with Laurence Olivier in the lead role and has become the most popular play set in World War One; it has become a standard part of many school examination courses.  The play, set in a dug out during the Spring Offences of 1918, shows the interaction between the officers as they plan to carry out a trench raid.  Sherriff went on to work in Hollywood writing the screen play for films such as The Invisible Man, Goodbye Mr Chips, The Four Feathers and The Dam Busters.  He died in November 1975.