Our guests often ask us if it is possible to see World War 1 trenches on our battlefield tours. We visit a number of fascinating sites where you can see preserved trenches. Archaeologists have excavated a section of British front line trench in Thiepval Wood which was used on the first day of The Battle of the Somme and to visit these, see the artefacts found in them and hear the stories of soldiers who fought there is a real highlight of our tours. Also on the Somme we see the preserved trenches in Newfoundland Park. The whole battlefield was preserved after World War 1 and both the British and German trenches are clearly visible on the ground, as is no man’s land in between, pockmarked with shell holes. We also see both of these sites on our Treading in Tommy’s Footsteps and Recalling the Somme tours.

Hooge at Ypres was one of the most feared and fought over places on the Western Front and a highly atmospheric section of British trenches has been excavated here. This was the site of the first flamethrower attack and not only includes trenches, but also a series of mine craters and a concrete bunker which our guests enjoy exploring. At Yorkshire trench, archaeologists discovered a major British underground bunker system. These trenches were used during The Third Battle of Ypres (The Battle of Passchendaele) and are another site which our guests never fail to find of great interest. We visit these sites on our Chapters from the Western Front and Ypres Remembered tours. 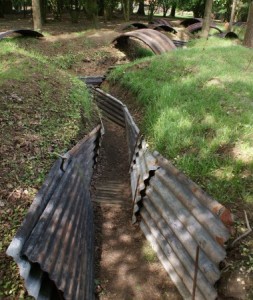 Another site at which both British and German trenches have been preserved is at Vimy. As at Newfoundland Park, a section of the battlefield was preserved after World War 1. The whole area is scarred by gigantic mine craters, shell holes and trench lines. Our guests are always amazed by just how close together the opposing trenches could be. We visit Vimy on our Battles of 1917- 1918 tour. Another set of trenches which our guests never fail to find fascinating and which we also visit on our Battles of 1917- 1918 tour are the German trenches at Bayernwald. Overlooking the British lines on the Messines Ridge, this trench system includes the entrance to a German mine shaft and a series of concrete bunkers. 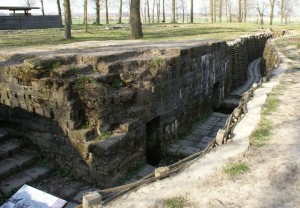 None of the preserved trenches can accurately portray the realities of World War 1, but visiting them is a fascinating experience which definitely helps the visitor to understand the war more fully and help bring the battlefields to life.