Some of the most fascinating sites that we visit on our battlefield tours involve the story of tunnellers during World War 1. As the war developed into one of deadlock and trench warfare, mining under the enemy’s positions to explode charges below them became a common practice, adding further to the terrors of trench warfare. From 1915, the Royal Engineers organised tunnelling companies to do this work and the British soon gained a clear superiority in mining. 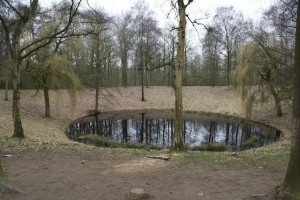 Mine crater The Caterpillar

We visit the massive Lochnagar mine crater on our Somme tours, which was the largest of the mines exploded during the Battle of the Somme. Many books on the First World War show photos of the Hawthorn Ridge mine on the Somme exploding and we see the crater of this mine on our Somme Walking tour. The first tunnelling successes of the Royal Engineers were at Ypres in 1915 and we visit a number of interesting sites relating to mining on our Ypres tours. One of the most bitterly contested places on the Western Front was at Hooge, just outside Ypres. Here three old German mine craters are still clearly visible and are now converted into an ornamental pond. At Railway Wood twelve tunnellers still lay in their collapsed tunnel, with a moving memorial standing on the ground above them. 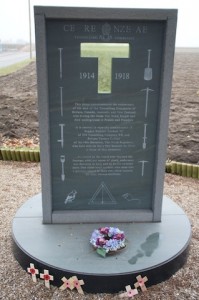 Messines Ridge in 1917, an event which was reputedly heard in London. We visit sites from the Messines Ridge attack on our Battles of 1917- 1918 tour. Several of the mine craters are clearly visible, such as that at the Caterpillar. It is quite surprising that only one tunneller was awarded the Victoria Cross during the First World War and Sapper Hackett is commemorated on The Plugstreet Memorial. He sacrificed his own life when he refused to leave an injured comrade in a collapsed mine and another memorial marks the place where they both still lie beneath the ground at Givenchy. We visit both of these sites on our Forgotten Front tour. 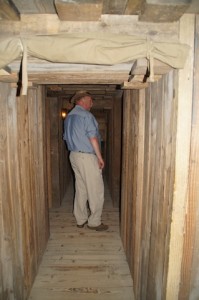 Tunnels were also dug to provide underground facilities where troops would be protected from shellfire. The British created a massive tunnel system in preparation for The Battle of Arras which could accommodate 25,000 men. Sections of these tunnels have been preserved at Vimy Ridge and Arras and we visit the Wellington Tunnels at Arras on our Battles of 1917- 1918 tour. Unfortunately, other surviving tunnels are not open to visitors, but a very atmospheric reconstructed British underground bunker system exists in the Passchendaele Museum and this is also included in the same tour.