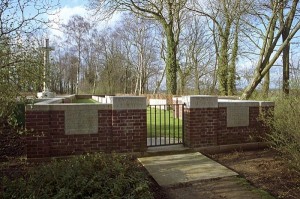 On our Battlefield Tours to the Somme, we often visit The Devonshire Cemetery, Mametz where the men of the 8th and 9th Devons who fell attacking Shrine Alley are buried. Their story is documented in Martin Middlebrooks’s book, The First Day of the Somme. It was known that the advance from Mansell Copse towards The Shrine near Mametz village would be dangerous if the machine gun post had not been destroyed by British artillery fire. Captain D.L. Martin, an artist, commanded A Company and he made an accurate plasticine model of the Somme battlefield just in front of Mansell Copse to assist with the preparations for the attack. This model was more effective than a map in showing the nature of the problem facing the troops advancing on German positions on the First day of the Somme Battle. It was used in lectures and was later moved to the Royal United Service Institution at Whitehall.

On the 1 July 1916, A and B companies of the 9th Devons advanced and, as predicted, there were many casualties. The battalion War Diary describes the chaotic atmosphere of the day as the CO arrived to see what was happening for himself. Lance Corporal Beale had managed to return to the British front line and he was ordered to move forward with some men from Mansell Copse to collect the men who were lying in the battlefield in front of the Copse.

The dead were gathered and a funeral service was held at Mansell Copse at 6pm on 4 July 1916. Captain Martin and 162 others were buried in the 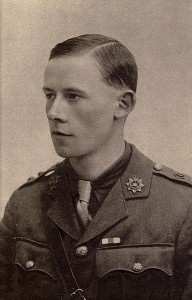 trench from which they had advanced. A wooden sign was left there with the words, ‘The Devonshires Held This Trench, The Devonshires Hold It Still’. These words are now inscribed on a stone monument at the entrance to the cemetery. Lieutenant Hodgson, an experienced soldier who had won the MC at The Battle of Loos in 1915, wrote a poem, Before Action, before the attack. He fell alongside Captain Martin and lies in the cemetery. These final words of his poem add to the poignancy of this site:

Ere the sun swings his noonday sword,
Must say good-bye to all of this;
By all delights that I shall miss,
Help me to die, O Lord.

We frequently visit this site on our tours Recalling the Somme and Treading in Tommy’s Footsteps.