When we are asked which is the best introductory tour for someone who has not previously visited World War 1 battlefields, we recommend Chapters from the Western Front. The First World War changed enormously between 1914 and 1918. The British army grew enormously and by 1918 some six million men had served from the British Isles, plus another two million from the Empire. The nature of the men serving also changed over the war. A force of professional soldiers left Britain in August 1914, but the army was largely made up of volunteers by late 1915 and 1916 and was later to be dominated by conscripts. The First Battle of Ypres was fought by regular soldiers, The Battle of the Somme in 1916 was fought largely by volunteers and the German Spring Offensives of 1918 were largely halted by young conscripts. 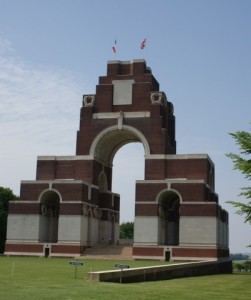 The nature of the war on the Western Front was also transformed by the end of the war. A soldier in 1918 would have had more in common with a soldier of 1940 than a soldier of 1914. Tactics and weapons changed dramatically. Gas was used by Germany for the first time at the Second Battle of Ypres in 1915 and tanks were used for the first time by the British at The Battle of the Somme in 1916. The use of aircraft also increased enormously. By 1918 the British army was out of its trenches and fighting open warfare, where weapons such as tanks and aircraft played a crucial role. 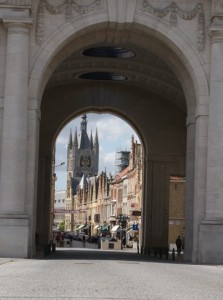 The Chapters from the Western Front tour charts the changing nature of the experience of British soldiers in France and Belgium from 1914 to 1918. The tour is planned so that our guests can see many of the iconic sites of World War 1, such as the Thiepval Memorial, Tyne Cot and the Menin Gate. The tour also visits the sites of the two most famous and costly battles of the war, the Battle of the Somme and the Third Battle of Ypres. However, the tour visits sites from each year of the war in order to illustrate the nature of changes which took place over four years. Guests joining the tour will visit sites from the First Battle of Ypres, which saw the demise of the original British Expeditionary Force, from Britain’s first major offensive, the Battle of Neuve Chapelle and also see a site from the German Spring Offensives of 1918. The tour also looks at the needs of Britain’s growing army away from the battlefield. At Essex Farm, we learn about the revolution in medical care and at Talbot House we learn about the importance of recreation in maintaining morale.