First World War Poets are an introduction to the battlefields of 1914-1918 for many people. Our Battlefield Tour, Poets at War, visits the sites where many of the poets of The Great War saw action. Using both their poetry and their prose, we examine the events which shaped their writing and their attitudes. 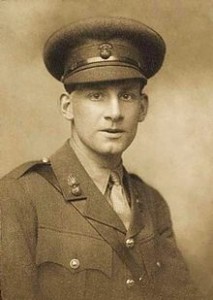 On our way to the Somme area, we stop at Dud Corner, the scene of The Battle of Loos in 1915. Robert Graves wrote about this battle and we stop here to explore his experiences. Lieutenant John Kipling, son of Rudyard Kipling, is commemorated on the Memorial here and we discuss the controversy over the attempts to discover what happened to his remains after the battle. Charles Sorley is also commemorated here; after the war Graves said he believed Sorley to be one of the most significant of the war poets.

On our Poets at War tour, we also visit battlefields around Thiepval where Edmund Blunden was posted during The Battle of the Somme in September 1916. He explains how terrifying the soldiers found the communication trench, named Jacob’s Ladder. The top of the trench at Mesnil was observed by the enemy artillery and Blunden found himself here on many occasions on his way to the store dumps near the frontline trenches at Hamel. His poem, The Ancre at Hamel: Afterwards, was written in 1928 and describes the pain he still felt as he remembered the battles fought around this now peaceful river.

Siegfried Sassoon, known as Mad Jack to his men, won his Military Cross near Fricourt. We discuss his actions as he rescued his wounded men with no thought for his own safety. Robert Graves also fought at the Somme and it was here that he was wounded and left for dead. Noel Hodgson, killed in action of the first day of The Battle of the Somme, is buried nearby; in his poem, Before Action, he foresees his own death.

Serre is known to many for the images of the Pals Battalions climbing out of their trenches on 1 July 1916. Wilfred Owen found himself here in 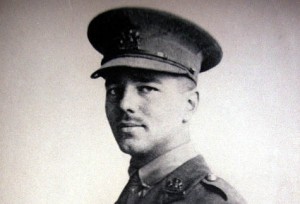 January 1917. Arriving at his post in the dark, he found himself responsible for holding German dugouts. The Germans had retired in order to straighten their line but were shelling the British troops who they knew were occupying their abandoned positions. The entrances to the dugouts faced the German artillery and so had no protection from the shells exploding nearby; this resulted in many casualties. Owen’s poem, The Sentry, relates how a young soldier was blinded by one of these shells exploding at the entrance to his dugout.

On the last day, Poets at War centres on events surrounding both The Battle of Arras and the German Spring offences. We look at the lives and writings of both Edward Thomas and Isaac Rosenberg who are buried in the area. Thomas was remembered by his wife and we see her grief when she described his last leave taking of his family and we also look at some of his poems. We also visit Rosenberg’s grave and discuss his life and poetry.

The tour focuses on the poets but also puts their writing in the context of the battles in which they fought. We look at the events of The First World War, the battles fought and the experience of trench warfare in an attempt to understand the contribution these writers have made to our understanding of events.