Both our battlefield tours Recalling the Somme and Treading in Tommy’s Footsteps  have a particular focus on the Battle of the Somme of 1916. 2016 will also be the Centenary of the Battle of the Somme and we have a special tour to join in the commemorative events. The Somme was the British Army’s largest and longest ever battle and is also one of its most controversial and the argument continues to this day.

Some historians have seen the Somme as a failure and another illustration of the incompetence of the generals such as Douglas Haig. 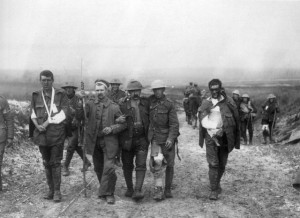 This has become a widely held view and the evidence for it appears easy to find. The opening day was the bloodiest day in the history of the British army, with 60,000 casualties of whom nearly 20,000 were dead. A very large proportion of these men were Kitchener’s volunteers, perhaps the most enthusiastic and idealistic army which Britain has sent to war. By the end of the battle, the ground gained was about eight miles at its greatest extent and for a cost of 400,000 casualties.

There is, however, another view which sees the Battle of the Somme as a crucial British victory. Though the British and Commonwealth troops fighting on the Somme suffered heavy losses, the German army also suffered enormously. The battle badly shook Germany’s hopes of winning the war and senior German commanders, such as Ludendorff, acknowledged that the German army could not survive many more battles of this type. Falkenhayn, the German overall commander, was replaced and the Germans abandoned much of the ground which they held in France and withdrew to the Hindenberg Line. The British army which ended the Somme campaign in November 1916 was very different from that which had begun it in July. The British army completely changed its tactics and organisation to become an effective fighting force which made a major contribution to victory in 1918. Germany saw that the war could not be won without defeating Britain, which helps to explain the adoption of disastrous German strategies such as the U Boat campaign, which brought the USA into the war. 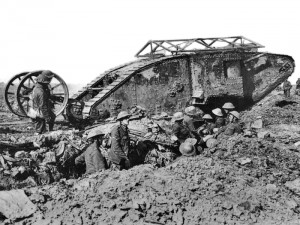 We do not see our job at Guided Battlefield Tours as one of taking sides in the debate or promoting a particular point of view. We do think that it is important to make our guests aware of some of the arguments surrounding the Battle of the Somme and we do this at sites which we visit from the Somme battlefield. Our guests never fail to be moved by the sheer scale of the losses on the Somme, which are clear from the number of cemeteries and memorials. What this loss achieved, we allow our guests to judge for themselves.