On our tour, The Forgotten Front, we visit a moving Memorial which symbolises the courage of soldiers and stretcher bearers who rescued their wounded comrades in no-man’s land. During World War One, The Battle of the Somme raged from July until November 1916 with no respite. On 19 July, a diversionary attack was planned to the North of the Somme battlefields at Fromelles. The attack was carried out by two infantry divisions, the 5th Australian and the 61st South Midland. Their task was to capture the notorious Sugarloaf strongpoint; to do so, they attacked a 4000 yard section of the German front line. The British bombardment lasted for several days and was intensified during the hours before the attack began. This was met by a ferocious response from German artillery upon the troops waiting in the front line trenches for zero hour. 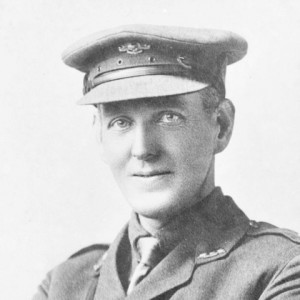 When the attack began at 6pm, the advancing troops were met by a hail of German shells and machine gun fire. Nonetheless, the troops reached a large section of the German trenches where the soldiers fought hand-to-hand with the German defenders. However, the Sugarloaf strongpoint was not taken. Here, the attacking troops were cut down in droves by German machine gunners. Soldiers who had reached the trenches were driven back to the British lines under the fierce machine gun fire. During this battle, the 5th Australian Division suffered 5533 casualties and the 61st Division, 1547.

Later that evening, men tried to recover their wounded comrades. The actions of soldiers and stretcher bearers alike risking their lives to rescue their comrades throughout the First World War has been recorded and their courage and devotion is always moving. On the night of the 19 July 1916, one story has survived which captures the imagination. Sergeant Simon Fraser wrote home about the event and also recorded it in his diary. While he and his men were searching for the wounded, he found a man with a wounded thigh who was too big to carry back. He told him to lie quietly while he got a stretcher when a voice called, ‘Don’t forget me, Cobber’. He wrote in his letter, ‘I went in and got four volunteers with stretchers, and we got both men in safely’. Sergeant Fraser and his men brought in more than 300 wounded soldiers from no-man’s land. 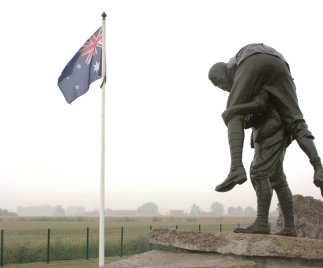 Having been promoted to Lieutenant, Fraser was killed in action at Bullecourt in May 1917. His courage, however, has been immortalised in the Cobber Memorial situated at Fromelles not far from Pheasant Wood Cemetery where many of the men killed in the attack are buried.